COVID testing is crucial in flattening the curve, but health officials are consistently bringing up the need for contact tracing in addition to PCR (polymerase chain reaction) and serology tests. These two hand-in-hand should dramatically slow the spread.

Technology is becoming increasingly prominent in everyday life, and as a result, many countries have turned to smartphone apps as a contact tracing method. These apps use various methods, from bluetooth tracking to personalized QR codes. Aside from tracking, most apps available allow users to track symptoms daily and find testing locations nearest to them. Although these apps may sound simple in theory, there are roadblocks to consider when creating a mass app.

These widespread apps bring up safety concerns, and people are hesitant to download for fear that their personal information will be released. As mentioned in a Wall Street Journal article, Alexander Desuasido, a 44-yr-old coding teacher from California, warns that “undermining public trust by failing to live up to best practices could hamper pandemic response.” Even though safety is the top priority, maintaining mutual trust with the app users is crucial to prevent backtracking.

Norway recently banned the use of their contract tracing app, Smittestopp, which  according to the Norway Data Protection Authority, “collects large amounts of personal information about those who use the app, including continuous location data and information about users’ contact with others.”

Where did Norway go wrong? Users had no control over where their personal information was going. Every movement users made was recorded and stored in a central database through bluetooth and GPS tracking. As expected, growing concerns about privacy eventually led to this ban. Norway’s method valued safety to the point of infringing on citizens’ privacy.

Iceland, however, has the most successful contact tracing app to date. The app, Rakning C-19, has been downloaded by 38% of its 364,000 citizens. Their transparency about where information would be stored sets Iceland apart from the rest. Privacy researcher Samuel Woodhams told Business Insider, “Iceland’s app has clear data retention rules and outlines that it is a temporary measure. According to the app’s privacy policy, data will only be stored for 14 days and the app will cease to be effective after the pandemic.”

South Korea is noted for flattening the curve quickly and efficiently, and a crucial part of the tracing involved a website database and a smartphone app. In February, the virus spread like wildfire, and the cases multiplied daily. By late February, the virus was at its peak, with 909 cases reported daily.  However, less than a week later, the cases were halving every few days.

Their method can be boiled down to three steps: test, trace, isolate. International arrivals were required to download a tracing app and self-quarantine for two weeks. Each day, Seoul released a statement that “X many cases were reported today,” accompanied by a map of the infected person’s recent routes. Instead of exposing the names of these individuals, only the age and gender were released to preserve privacy. South Korea found the happy medium between preserving privacy and prioritizing public health.

So how are other countries responding to safety concerns? The answers vary.

China, for example, integrated voluntary personalized QR codes into the already mega-popular apps WeChat and Aliplay. Each person receives their own QR code scanned when entering buildings or public transportation, and although the QR code is not required, it is difficult to move around without one. This gives individuals the choice to download. Most countries, including Singapore and India, have made their apps voluntary.

Apple and Google have created their own joint tracing method, hoping that their combined global influence will lead many countries to adopt it. The idea of these major companies creating a tracing system makes many people shake in their boots. It sounds like a privacy nightmare. However, they make it clear that there is no central surveillance. Although their app is based on bluetooth tracking, Apple and Google will not access personal information stored on individual smartphones. So far, several US states and 23 other countries have adopted this method.

Although many of these apps require personal information, they are not released unless the individual tests positive. Even then, countries like Italy do not require individuals to send in their personal information. The bottom line is people want transparency and safety, so these needs must be met when designing a widespread app. Once the apps strike the balance between public health and privacy, they can be an essential tool in curbing the virus.

Aside from safety concerns, people often question the effectiveness of these apps, especially with the many different designs and requirements created by individual countries. France is pushing for centrally controlled contact tracing, while the United States is following an “every man for himself” model. The looming question of “who is right?” stays on the forefront of everyone’s mind.

Although smartphone apps alone will likely be insufficient in curbing the virus, it is crucial to use the widespread influence and efficiency of technology to catalyze the process. According to the Wall Street Journal, Dr. Karl Lauterbach predicts “The app could be effective even if only 20% of the population used it provided the majority wore masks and adhered to social distancing and hygiene rules.” Therefore, when coupled with other preventative measures, technology and smartphone apps will be a huge asset in fighting the virus.

For now there is no one answer, but by observing countries that have been efficient in flattening the curve and implementing widespread apps, the world can take notes, pulling strategies from the successes and learning from the failures. Through this trial-and-error learning process, perhaps these apps will become increasingly effective and essential in conquering this global pandemic. 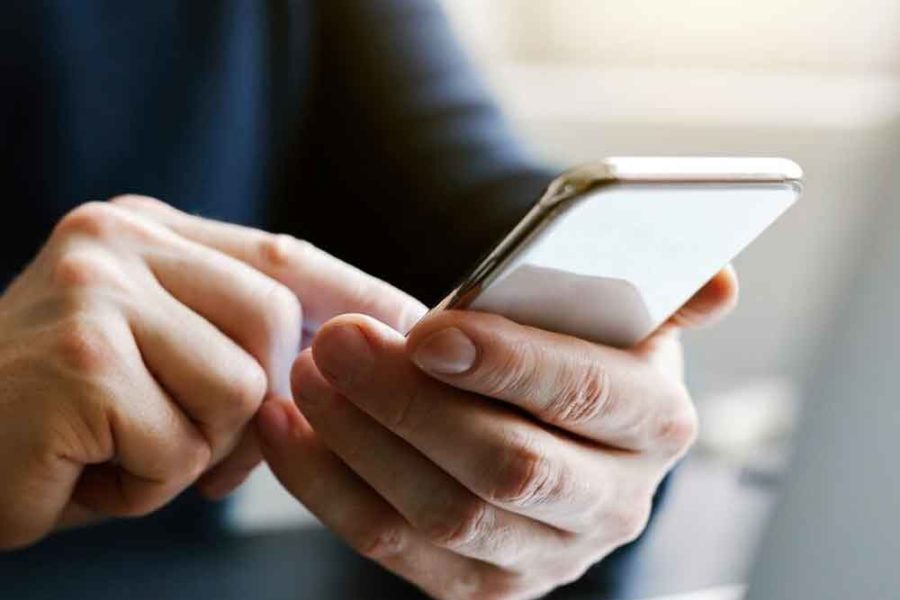